Devils analyst Ken Daneyko spoke exclusively with MSGNetworks.com about the team’s recent road trip, the play of Cory Schneider and his recollection of the infamous “334 game”.

MSGNetworks.com: The Devils are coming off a really impressive road trip – 3-0-1 during the four-game stretch – how important was the trip for the team’s playoff chances?

Daneyko: As we all know, it’s been an up-and-down year. I guess that’s to be expected with a team retooling like the Devils have the last year, year-and-a-half. They struggled a little bit at home before going on the road trip. You heard Taylor Hall say “a road trip that can make or break us or at least gives us hope.” 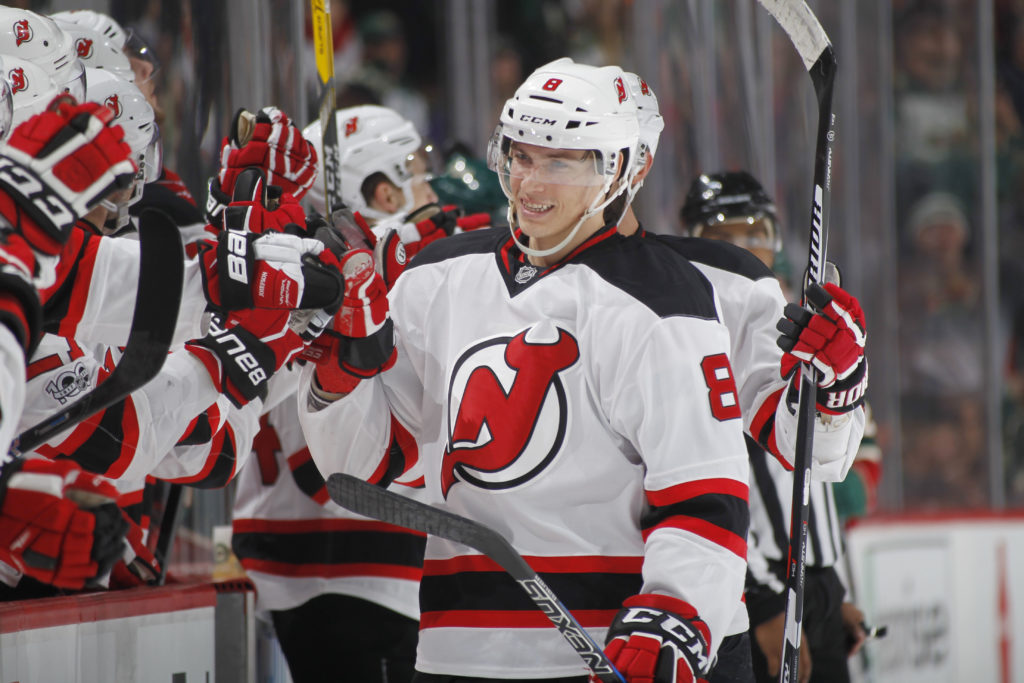 For me, the Minnesota win was certainly impressive – coming back from 2-0 and 3-2 deficits. Just as they’ve come together as a team here, they’ve got to sustain it. I think a big reason [for the wins on the road trip] is the youth, some of the recent call-ups making contributions and making it a four-line team. That includes guys like [Pavel] Zacha – he’s certainly gone through his growing pains as a 19-yeard-old. He’s really picked up his game lately and scored a goal against Minnesota. You look at that line – Zacha-Beau Bennett–Jacob Josefson. They bring speed, they bring energy. It’s kind of revitalized the Devils. You’ve also got Blake Coleman, Miles Wood on the fourth line. Devante Smith-Pelley also on that line. These guys have really injected life. It just takes so much pressure off your top two lines. You just hope these are positives for the Devils moving over.

MSGNetworks.com: One of the big areas for the Devils that you’re familiar with is the defense. They went on this streak without Andy Greene and John Moore, both being sidelined with injuries. Can you talk about how they’ve been able to hold down the fort with some of the big guys being down?

Daneyko: They really have held down the fort! I look at another young guy with energy that plays a very strong, solid, not flashy defensive game like Steven Santini. They’ve used him in the right situations, not overwhelmed him. As he continues to get better, I’m sure he’ll get even more ice time. Karl Stollery, who’s not a young player, doesn’t have a lot of NHL experience prior, but a lot of experience in the AHL has come in and played extremely well. A real good puck-moving defenseman. Just as a unit, [the defense] is playing really well. If they can continue to improve, they can build off of this. The Devils have enough talent to win games and beat anybody on any given night when they play like that.

MSGNetworks.com: Cory Schneider won his last two starts. Are you seeing his game starting to round back into form? Is he getting back to his best? Danekyo: I think so. It’s gone hand in hand with the defense playing better in front of him. The forwards as well. I don’t care who you are – top players, star players – go through struggles. Cory is such a pro, such an intelligent guy. He made no bones about it, he takes on a lot of responsibility. He knew he had to be better. I think the team got a little better and now Cory is making the big save when he had to. He looks like the Cory Schneider we’ve come accustomed to. You need your goaltender, your No. 1 guy and Cory’s one of the elites in the game. When he’s playing like that, he certainly gives them a shot every night.

MSGNetworks: One last thing from us. You played in the infamous “334” snow game and the anniversary of the tilt against the Flames is coming up. Can you just tell us how surreal it was to play in front of 334 fans?

Daneyko: It was surreal. I can give you a little background about getting to the game. We lived in Madison, New Jersey – myself, Johnny MacLean, Joe Cirella, Pat Verbeek, Kirk Muller. For anybody that knows Madison, that’s about 40 minutes on a good day to the Meadowlands. We left at 3 p.m., took a big truck that Joe Cirella had, tried to get through the snow, all five of us.

Well, it was as bad of a blizzard as you’re ever going to see! I’ve never seen a blizzard like that even growing up in Western Canada. It took us about five-and-a-half hours to get to the game. We were crossing over highways and roads, nobody was on the roads. And somehow we managed to get to the arena by about 8:30. We were kind of the last group, they were waiting for us so we could get the game started. No warm up, no nothing, get right on the ice. We were a little cold, but we had to get the game in. I think we started about 10 minutes to 9 against the Flames.

It was like playing as a kid in a pond hockey game. Not a lot of noise, not a lot of people in the building, but it was special. It was a big part of the history of the New Jersey Devils.

By: David Kolb NEW JERSEY DEVILS (19-19-9)@ PHILADELPHIA FLYERS (22-18-6) SECOND OF THREE Tonight the Devils head down I-95 to face the Philadelphia Flyers at Wells Fargo Center. This will be the second of five games the clubs will play against each other this season, as the Devils blanked the Flyers 4-0 in their first […]