In this week’s Q&A, Ken Danekyo gives his thoughts on the Devils’ recent road trip, the call-up of John Quenneville and the rivalry with the Flyers.

MSGNetworks.com: It’s been tough sledding for the Devils recently. What did you see from the recent road trip?

Ken Daneyko: It’s been frustrating and tough at times for the guys in the locker room. They’ve been working really hard. These games continue to be very close and, to me, that’s a good sign. I know everyone wants wins, including the players, but the expression “what doesn’t kill you, makes you stronger” comes to mind when dealing with tough stretches like this.

This stretch is going to be much more appreciated when the corner turns — and there’s no doubt that it WILL turn. It’s going to take work and, yes, that means you’re going to see different people in the lineup and see what the young guys are capable of. It’s all a part of growing together as a team and going through some growing pains with different guys in the lineup.

MSGNetworks.com: It looks like the organization is going to give another young player a chance here late in the season with John Quenneville. What can you tell us about his game and how does he fit into the picture?

Ken Daneyko: He seems like he’s a good kid that wants to be a National Hockey League player and that, for me, is the first step. You got to have a hunger and a drive. He has that. He was called up earlier this season, but didn’t get too much time on the ice. He’s a big, strong kid that can skate, shoot and has the skill to succeed. 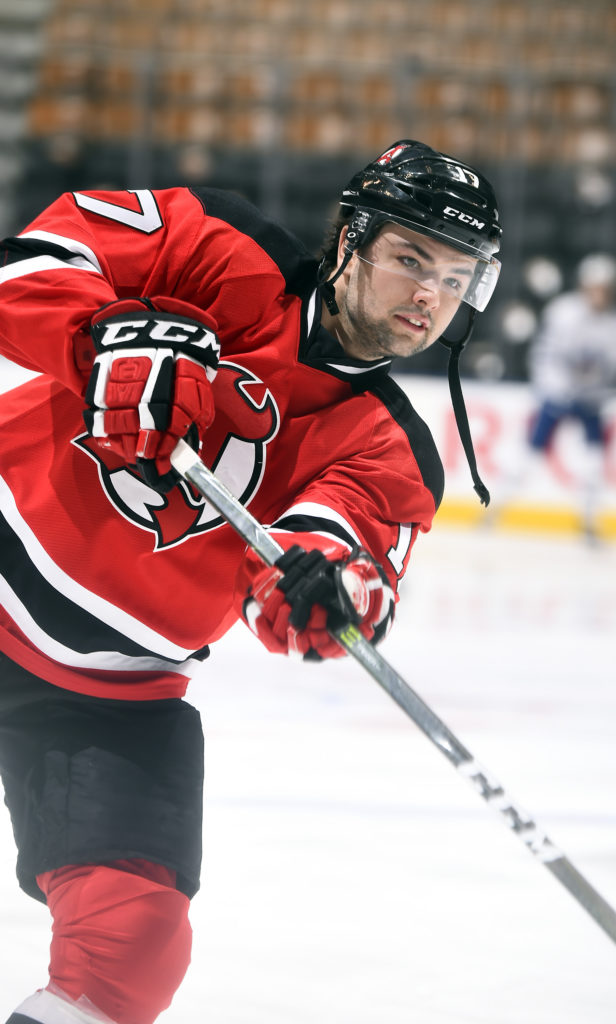 The Devils want to continue to ‘up’ their skill level from an offensive standpoint. Quenneville has some of those attributes. He’s spent his time learning in the minors and he’s learning the pro game. He’s produced some offense in Albany and he leads the team with 41 points (12 goals, 29 assists) over 53 games. I’m excited to see him and I’m sure the coaching staff, the fans and [general manager] Ray [Shero] are too. He’s another guy that can be a big part of the future. Now, he’s going to get his chance. These are things that make me excited to call a game: to see how these young guys respond and how they can be a part of the solution in the future. Obviously, it’s a different situation compared to the first time he got called up, so I’m sure he’s going to get more of an opportunity this time around.

MSGNetworks.com: Looking ahead to Thursday, the Devils take on the Flyers at home. These two teams have such a storied history against one another, including some playoff battles that you were a part of. What can you say about the rivalry and was it more heated for you than the one against the Rangers?

Ken Daneyko: I’d have to say from 1995 to 2003, the Flyers were our biggest rivals because of where we both were in the standings. Both teams were always near the top. We always felt we had to get through Philadelphia to get to the Stanley Cup Final — obviously, we did it twice, once in 1995 and again in 2000. They were both terrific series. When you made that drive down the turnpike, you knew it was going to be intense and tough hockey up ahead. It was nasty with a lot of emotion and a lot of dislike for each other.

No matter where the Devils are in the standings, they’ve always had success against the Flyers over the last few years. They’re 2-0 this season — a 4-0 win at home on Dec. 22 and a 4-1 win on Jan. 21 in Philly — and Philadelphia seems to bring out the best in New Jersey. The Devils always play the Flyers well, no matter what kind of team they put on the ice, and this one should be no different.